‘Grow Small’ to Find Meaning in a Wounded World

‘Grow Small’ to Find Meaning in a Wounded World

I teach courses on religions and environmental issues, with values and ethics always at the forefront of our conversations. We are a meaning-making species, or so we are told. We find faces in the clouds, we look up to the “man in the moon” or imagine a god — or gods— peering down upon us, judging our actions. We are not so different from our ancient ancestors. Our brains are hardwired for such proclivities. And for many, propitiation of these agents gives meaning to their lives.

As for the planet, that gaze from above hasn’t helped us to heal or even slow the infliction of wounds on the world. In the most recent scientific surveys, more than 500 species of land animals will be on the brink of extinction in the next 20 years — the same number lost over the whole of the preceding century. Biodiversity drawdown is accelerating. It’s likely that 25% of mammal species and 41% of amphibian species will die off in my lifetime. These are the very building blocks of our lives. As the eminent Stanford biologist Paul Ehrlich said in a recent study: “When humanity exterminates other creatures, it is sawing off the limb on which it is sitting.” 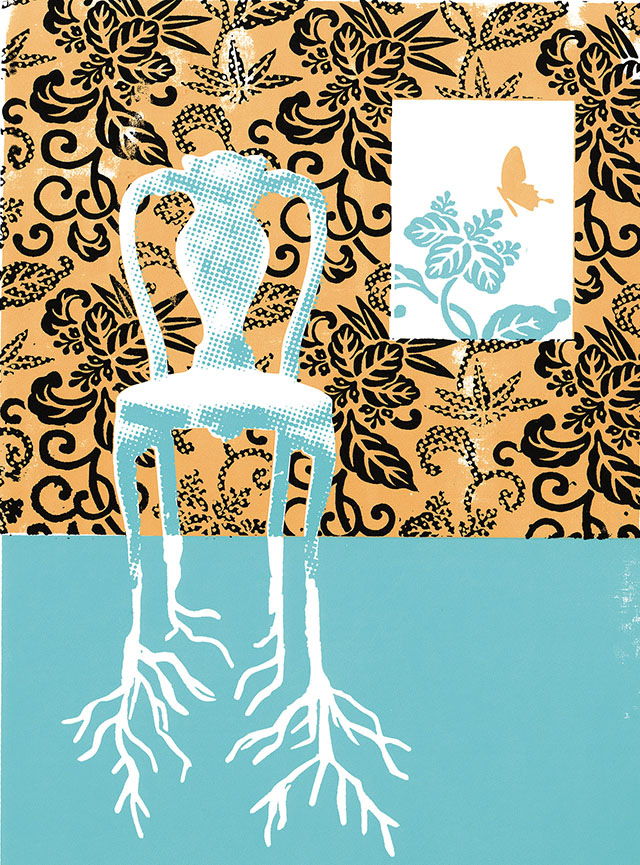 Can our current predicament provide an avenue to rethink what it means to be human? What if we imagined these wounds and their systematic symptoms not as endemic to our species, but rather a product of our present mode of life? What if we re-imagined ourselves as a part of, as participants in, the world around us, rather than captains of a ship that continues to list violently? Maybe in the interconnected crises lies an opportunity for a midcourse correction.

As I write this during the summer, our students are in some cases sitting home, closer to their parents or guardians than they might like with little chance for a respite, or caught far away from home, weathering our current moment more alone than ever. What sorts of counsel might help in such circumstances to put into relief what it means to be human — to pursue a life that is important and meaningful — and to initiate a midcourse correction?

I suppose my only suggestion is to “grow small.” To attend to the simple ways, on totally mundane days, in which they might cultivate meaning. There is nothing revolutionary or profound here. Such suggestions are rather anemic given the scale of the problems. But some meaningful pursuits might include spending time with family and companion animals; maybe keeping a close and curious eye on other creatures; watching butterflies when we can spot them and birds when we can’t; and just asking other people to watch with us.

A contemplative exercise I’ve assigned in my courses is to go to the same place every day for a month — sit under a particular tree, nestle in a wooded spot or select a nice urban cityscape and observe the ways in which we respond to nature and how natural agents respond to us. In a city, students might note how people walking down the sidewalk have to weave through the world, stepping aside for other humans or walking around trees, which, though encircled by concrete and little urban fences, still influence the flow of human traffic. If sitting in a less developed space, they might note that they see the same birds or squirrels or other creatures each day. They might notice a rustle in the trees. Or recognize an acknowledgment by one of these creatures.

Now, those things won’t fix the drawdown of biodiversity, unsustainable subsistence regimes or the systematic racism that creates the conditions in which people of color, women, indigenous populations and others have to take to the streets to get noticed. But sometimes I wonder if they might help to cultivate the sort of people who can unplug, hug (when they can) and keep an eye out for birds. Eat food made by friends and family. Make food for friends and family. Be present in the world. For now, these small things can make meaning in a world of wounds. They are not enough. But just maybe little attempts to find meaning in the most mundane acts of outward attentiveness, compassion and care are a good first step toward a midcourse correction, toward mending our ways — and our wounds.

This article was originally published in the Fall 2020 issue of Wake Forest Magazine as part of a series by three faculty on the topic of meaningful living. You can read the articles here.

SPARC in the Campus Garden